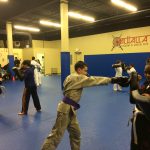 Self-Defense Standing or on the Ground

Our kids learn to defend themselves on their feet or on the ground!

The kids martial arts classes at Valhalla Academy uses Brazilian Jiu-Jitsu and Thai Boxing to teach children discipline and respect.  Our classes are designed to help our students quickly gain confidence.  Martial Arts is a great way to keep your children active while at the same time teaching them self-defense. Martial Arts is a skill and an enjoyment that kids can carry on into their adult lives. 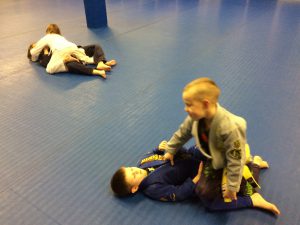