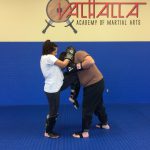 Thai Boxing is known as the “art of eight limbs” because it uses punches, kicks, as well as knees, and elbow strikes that are not typically found in more “traditional” martial arts such as Karate and Taekwondo. Thai Boxing has become world renowned as an effective and powerful martial art because it is the art of choice for many Mixed Martial Arts fighters. Thai Boxing is also known for its power, especially the kicks, knees, and elbow attacks.

Savate is a kickboxing art from France that is known for its evasiveness and speed. Savate combines western Boxing with graceful kicks. The kicks in Savate are known for their speed, weird angles, and combinations. Savateurs wear hard toe shoes and kicks are landed with the foot or the hard toe of the shoe which creates a piercing feeling. Savate has also been represented in Mixed Martial Arts fights.

Jeet Kune Do is the art invented by the legendary Bruce Lee. Jeet Kune Do combines footwork from Fencing and Savate 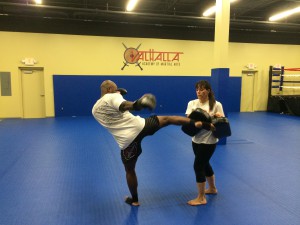 with the strikes of: Thai Boxing; Savate; western Boxing; and the trapping of Wing Chun. The trapping in Jeet Kune Do is very effective against unskilled attackers on the street. Jeet Kune Do is an effective self-defense art because of its use of groin, eye, and throat shots.

Fill out our online form today or call us to set up your first FREE trial lesson.